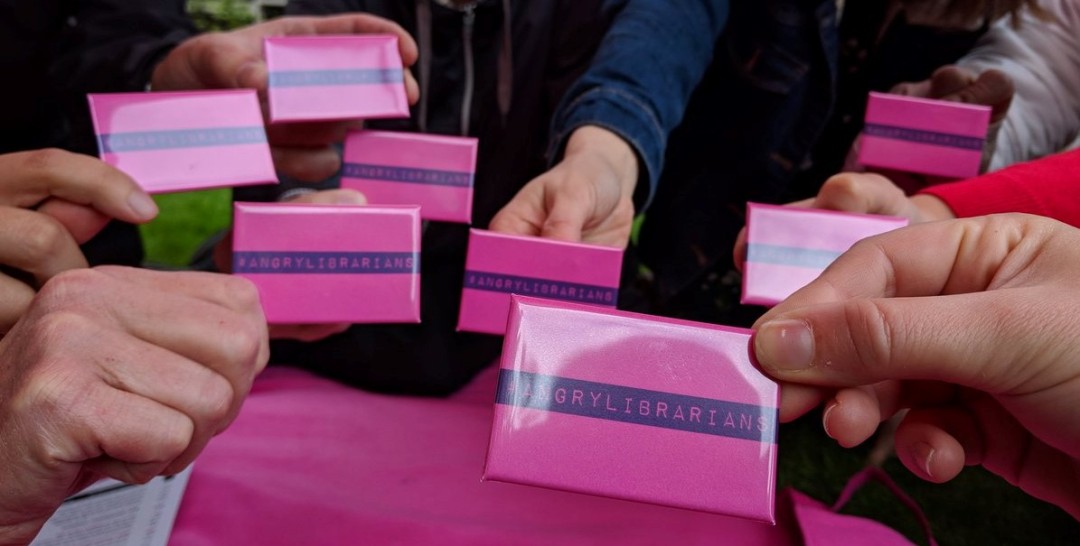 Love Our ARPS? Academic Related and Professional Staff in UCU

At a husting hosted by Ulster UCU today, we got talking about workload, and how we can tackle issues of workload for academic and academic related / professional staff (“ARPS”). Part of my answer led me onto the issues faced by ARPS in terms of grade drift, progression, and respect (or not) as part of the “academic team”.

WE ARE LEGION! We are a big group of higher education staff working in a diverse range of roles including library workers, IT staff, administrators, specialists, student support workers, widening participation practitioners, counsellors, careers advisors, and more.

There is a problem with grade drift and deflation across all roles, but it is especially marked for ARPS staff. Our roles never received quite the same attention as academic roles with respect to implementation of the 2004 Framework Agreement. We have seen repeated onslaughts of “red circling” job cut threats, redundancy schemes, and downgrading exercises, and a degradation of the identity of “academic related” staff as named in the 2004 Framework Agreement. ARPS staff routinely report dissatisfaction with prospects for career development and progression, with outsourcing and downgrading often cited as key fears.

Two thirds of respondents to the UCU Academic Related and Professional Staff survey conducted in January 2019 did not feel that they have clear career development opportunities. This was found to vary a bit across different categories of ARPS work and by institution, but it remains staggering that two in three academic related and professional staff feel stuck. The survey also found that one in three ARPS members had been subject to a job evaluation in the past five years. 48% responded that UCU had not been involved in this evaluation process. That is a representation gap we must address. Our union needs more resources and support to enable branches to support, recruit, and organise with ARPS members.

Lack of career progression, respect, and opportunity are all major themes from the past 13 years of motions to the annual meeting for Academic Related and Professional Staff, as are specific concerns about implementation of the Framework Agreement, job evaluation, downgrading and outsourcing. These are key areas of work for the now thankfully reconstituted UCU ARPS committee. We had a year of Not Technically Existing in 2018 owing to 2 consecutive inquorate annual meetings in 2017 and 2018 (2018 was a close miss, and affected by snow disrupting travel). We urgently need to rejuvenate UCU’s work in this area, and to build our grassroots-led recruitment and organisation of ARPS staff.

Concerns covered in motions to the first full UCU ARPS annual meeting held in 2008 included implementation of the Framework Agreement for academic-related staff (4 years on) and bias in job evaluation schemes (see here). Motion 3, from Leeds UCU at the 2009 annual meeting is also instructive –it calls on UCU to fight “prejudicial interpretation of framework agreements by local management, to actively seek to reform them where such interpretation is easily facilitated, to insist on natural grade progression & to resist further marketisation”.

A major theme for over a decade (!) has been concern over the deterioration in the links between academic and ARPS roles – a sense of loss over a longstanding agreement and feeling that we are all part of the same academic team. This came up at this year’s annual meeting on 14 February: many ARPS staff do not realise or feel that their roles have ever been considered part of the academic team, part of the academic overall mission of the university sector. If we allow management narratives to divide us, it is easier for the “us versus them” talk to creep in to our workplaces, into our relationships with one another, and ultimately to help divide us – and when we stand divided, we are weakened as a collective of workers.

University structures often fetishise hierarchies, within and across role types. For a decade I worked in a range of casualised academic and academic related roles (often alongside each other in a “patchwork” of incomes). I eventually moved into a fixed term full time ARPS role in widening participation, and was finally made permanent about 2 years ago. During all this time, I’ve experienced various manifestations of the “us versus them” narratives around academic “versus” other role types.

This is why ARPS staff find it so exclusionary and divisive when UCU is referred to in the media as the “lecturers’ union”. As a matter of fact that excludes a lot of UCU members in many categories across Further and Higher Education. It really matters that we recognise and appreciate ARPS roles and ARPS members – we need to #LoveOurARPS. One of many brilliant aspects of the epic USS strikes last year was that they afforded us time to get to know our colleagues across departments, faculties, services and job roles. The rise of the #AngryLibrarians is legend at Leeds UCU and is just one example among many of ARPS staff highlighting their identity within and with the union.

As UCU Vice President I would prioritise addressing representation and organising gaps and deficits across all staff groups represented by UCU in Further and Higher Education. This means spending time and resources, pushing for and supporting targeted data collection and analysis, and prioritising inclusive campaigning and bargaining strategies to drive organisation, wins, and recruitment. The best way to do this, as ever, is by promoting and supporting organising across the grassroots membership. This year’s annual meeting for ARPS staff, held (fittingly!) on Valentines Day 2019, was a brilliant, positive example of exactly this kind of organising space! Particular concerns were raised about damaging changes to IT services, support for counselling services and the mental health of students and staff. ARPS members from across the UK came together in collaborative workshops to direct how the ARPS committee will work over the coming year. (See this thread for more details of the day itself.)

The ARPS committee now officially exists again, and will channel ARPS members’ concerns to the NEC, to Congress, and in our own member-led campaigning drives. We will soon announce an action plan based directly on the workshop discussions from the annual meeting, alongside relaunching our newsletter  – which we hope will help ARPS members to stay in touch with UCU,but also to help members in other staff groups to understand who and how diverse and valuable we are. Get to know us – and be part of making sure that UCU knows how to #LoveOurARPS. 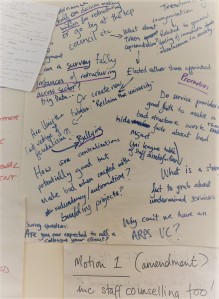 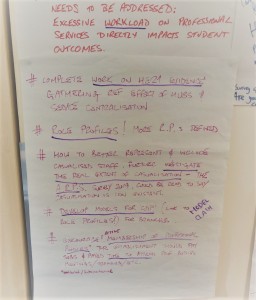 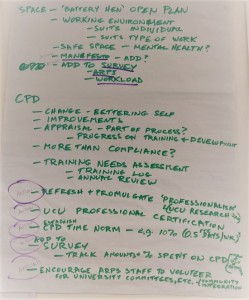 [1] In 2004, before UCU came into being, the AUT had bargaining rights for academic and academic-related staff in pre-92 universities. UK-level negotiations concluded in April 2004 over the revision of pay scales in pre-92 universities, and a new single national pay spine was introduced. AUT members accepted a pay framework agreement and Memorandum of Understanding which led to extensive and detailed local negotiations for the implementation of the new pay spine arrangements, and for the evaluation and grading of roles. In 2004, the bargaining machinery for higher education was “JNCHES” – the Joint Negotiating Committee for Higher Education Staff (we now have the “New JNCHES” agreement which superseded it in 2008 after a review which began following the Pay Agreement for 2006-9).